Robot Baxter pays for itself in four months!
Check out this video of this robot named Baxter running a Hass VF-3 mill machine. 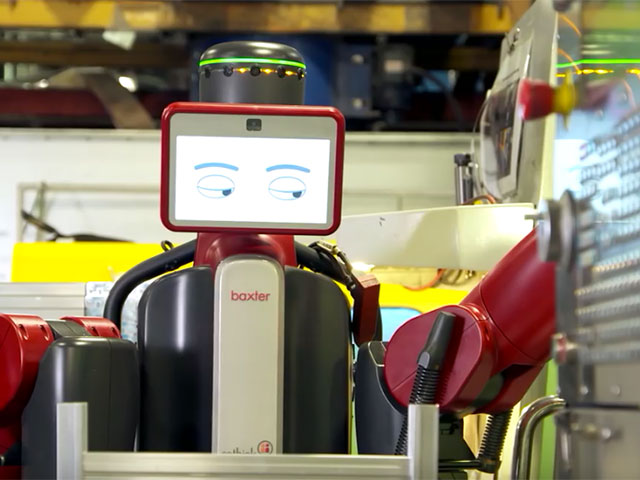 At Rapid-Line, an 89 year old metal fabrication shop in Grand Rapids, MI, two Baxter collaborative robots are on the job. One is set up on a Haas VF-3 mill machine used to create fabricated steel parts for office furniture, while the other Baxter robot works on the company’s window assembly operation, inserting steel stamping into an aluminum extrusion for the window frame.

“One of the biggest differences between Baxter and other automated machines is that Baxter can work really closely with a lot of operators. So you don’t need any safety shields, because Baxter can bump into an operator, recognize that it’s bumping into something and immediately shut down,” explained mechanical engineer Allen Bosscher. As for ROI, Rapid Line’s investment in Baxter paid for itself in four months. “Since we’ve gotten Baxter up and running on our production line, we’ve seen great improvement in our automation metrics. The first Baxter has actually paid for itself already.” Click here for the rest of the story.